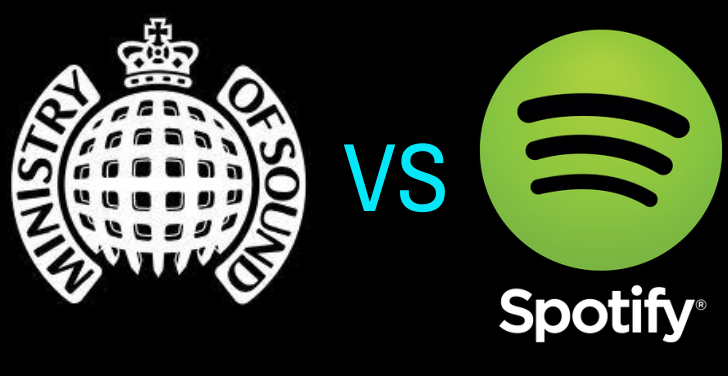 Settling is usually sensible, but in the case of Spotify and Ministry of Sound (MoS) it was a slight disappointment.  If the case had been heard, an interesting legal issue would have to be confronted – is there a copyright in a music compilation?

Why are Compilations Still Relevant?

Apple’s iTunes stores changed how consumers could select music.  By allowing customers to purchase individual tracks as opposed to a full album it seemed logical that music compilations would soon perish. If a consumer could purchase by the track, why would pay someone to choose their tracks for them?

However, compilations remain strong sellers, especially in the UK.  The biggest selling album of 2013 was none other than a compilation album – Now That’s What I Call Music, in its 85th edition.

This per track consumption is also a feature of music streaming. On streaming services such as Spotify or Beats users can create their own playlists – essentially unique compilation albums.  Proving one fact for sure, the consumption of music compilations is far from extinct.

MoS’ claim centered around user created playlists on Spotify.  These playlists mimicked MoS’ previous compilations not only in track order, but also in name and accompanying logo. MoS alleged that Spotify had refused to remove the infringe playlists. To infringe MoS’ copyright, MoS itself needed to show that it owned the copyright in its compilation.

The Merits of MoS’ Alleged Copyright

The central issue to MoS’ alleged copyright is the legal principle of originality.  Under UK copyright law MoS’ claim has a strong basis.

A precedent exists that the organization of a soccer draw into a schedule or ‘fixture’ could sustain a copyright.  The court considered that the amount of labor and effort put into constructing such a table supported this claim.

MoS could argue that the creative decision in track selection, ordering and administration is similar.  In the United States this argument is less compelling.  Existing case law concerning the creation of a phonebook, (a similar organization and sorting of facts into something useful such as a football fixture) failed.  Originality in the United States would appear to require a stronger creative flavor.

To ensure that the artist’s album track gets the play, the label licensing the track will typically refuse to grant streaming rights to the compilation.   Accordingly, despite the fact that the compilation might have provided the tracks exposure, compilation owners typically don’t earn royalties on streamed tracks.

As a result a number of well-known music compilations are not available on Spotify meaning that users often create their playlist impersonations.

What If Compilations Could be Copyright-able?

In post-Soprano’s era of long-form television drama’s music sync and soundtracks are a big deal.  Fan’s often discover both old and new music by watching their favorite television show.   The soundtrack to Pitch Perfect and HBO’s Girls were both among Spotify’s 25 most popular playlists.  Outside of official soundtracks it is commonplace for fans to create ‘featured in’ tv and movie playlists. The legality of these playlists, especially the fan-created one’s could be a problem.

If compilations could be copyright-able the licensing floodgates could be opened.  The organization and curating of music is commonplace.  As the Future of Coalition’s Michelle Davis notes, one could even go as far as to argue that wedding DJ’s and Top 40 radio stations could claim a compilation copyright.

Licensing those? – Now That’s What I Call A Legal Headache.

Unfortunately, the resolution reached between Spotify and MoS may have just pushed baby into the corner for the meantime.

As the rise of digital distribution and streaming demonstrates if a user can consume music in a certain manner they won’t stop merely because legally they shouldn’t be doing so.  Without any legal resolution the concern of the compilation is still alive.

Mark Your Calendars! 4 Panel Sessions To Attend At SXSW Music 2014