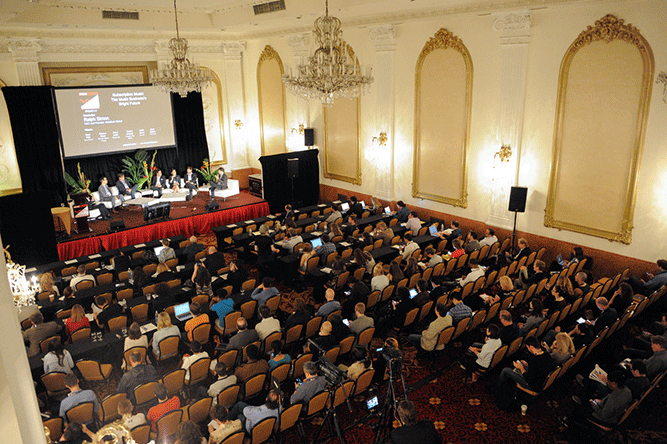 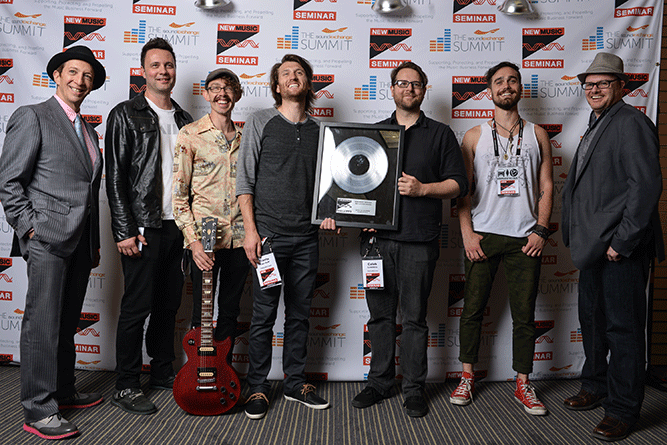 NEW YORK, June 11, 2014 – New Music Seminar (NMS) wrapped its 2014 edition yesterday, once again asserting itself as one of the premier conferences for the evolving music business and festival for emerging acts. Held over three days at the Wyndham New Yorker Hotel, NMS brought together more than 1,400 delegates, including label heads, A&R representatives, songwriters, artists, and technology executives to discuss the future of the music business.

The conference also amplified its global representation this year, with delegates from over 45 countries. The festival featured several international acts that performed throughout the three days, even featuring a dedicated Sweden showcase.

“This was a breakthrough NMS. We achieved the perfect balance of the leaders in the future of the creation, exposure and monetization of music,” said Silverman. “Delegate interaction reached a new high and many concepts were discussed that had never been considered before in a pubic forum. I am pleased to see the industry coming together to move toward a common goal of greater value for music.”

Stay updated with the latest in music industry trends and NMS announcements – subscribe below!

The New Music Seminar is the world’s most influential Music Business convention, led by the voices that disrupt the conventional, tackling key issues and providing a stage for trailblazing artists to shine. NMS is the place to network, engage, and discuss the future of the art and business of music.

From 1980-1994, NMS established itself as the Music Business Conference of its time. In 2009, NMS was revived to assemble today’s visionaries and industry leaders – paving a way to move past the dying record business. After 12 years of cleansing decline, we have a new attitude; a new optimism, a clear path to a bigger, more engaged, more inclusive, more sustainable music ecosystem.