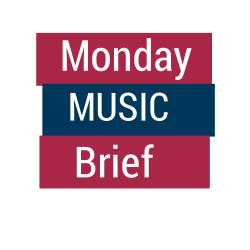 Oculus is the maker of Rift, a headset designed to immerse you in 3-d games and virtual realities (VR). During their announcement, Facebook stated specifically the company would push the startups’ brand of VR beyond gaming and into “communications, media and entertainment, education and other arenas.” Facebook CEO Mark Zuckerberg believes the startup could easily be one of the ‘platforms of the future’ and is confident his long-term investment will pay off.[/toggle]

[toggle heading=”h5″ title=”Twitter Teams Up With Billboard For ‘Billboard Twitter Real-Time Charts’” css=”custom-class”]Billboard and Twitter announced an exclusive multi-year partnership to create Billboard Twitter Real-Time Charts, which will track US music conversations throughout every Tweet sent daily. The new charts will reflect the top tracks discussed at the moment and over an extended period of time on the social media platform, also it will show the most talked about and shared songs by new and upcoming acts.[/toggle]

[toggle heading=”h5″ title=”Shazam Adds Vinyl Only Tracks, Revenues Climb to $50M” css=”custom-class”]Song-tagging service Shazam has partnered with dance music retailer Juno Records to expand Shazam’s database by 4M tracks – including thousands of previously vinyl-only releases. The news couldn’t come at a better time as Miami’s Winter Music Conference and Ultra Music Festival are coming up this March and will give Shazam users the opportunity to identify songs heard at these events and then easily purchase them from the Juno online store.

In a similar partnership about a year ago, Shazam teamed up with online electronic music retailer Beatport to add 1.5M EDM tracks to Shazam’s database, making up 6% of their 25M song database and dance tracks accounting for one-third of Shazam’s tracks tagged. Currently Shazam’s database is estimated at 35M songs and with Juno’s additional 4M tracks, up to 16% of those are dance tracks.[/toggle]

Paul Springer, Chief Product Officer and Rhapsody International’s Senior VP of the Americas said that as the company continues to expand on a global base (they now operate in 32 countries across Latin America and Europe), their ability to deliver a personalized listening experience for all of their customers is something they cannot outsource.[/toggle]

[toggle heading=”h5″ title=”Spotify Phases Out Third Party Apps, Offers US Students Big Discount” css=”custom-class”]Spotify announced they will be phasing out their third-party apps and the company will be throwing more weight behind its partners. “Over the coming months we’ll be adding new features for partners in Spotify” said a recent statement from the company.

Spotify is also now offering US college students a discount on the company’s premium music subscription at $4.99 per month (down from $9.99 per month). No trickery either – Spotify already has developed an app to tell if you are actually a registered college student.

By dropping the price level for an approximate 26.1M (as of 2012) US students, Spotify projects subscription rates will increase dramatically over current levels.Although new to the US, Spotify previously implemented a similar program to UK students which Jeff Levick, Spotify’s chief marketing and revenue officer, has said fueled increased UK subscriber rates over the past year.[/toggle]

[toggle heading=”h5″ title=”Last.fm Shuts Down Streaming Service For New YouTube-Backed Player” css=”custom-class”]Online music pioneer Last.fm, who’s services date back to 2002, will shut down its streaming radio service on April 28 but the announcement may sound worse than the actuality of their situation. The company stated it will continue to deliver personalized music to its listeners via a new YouTube-backed music player (currently being tested). This is similar to the deal Last.fm made to plug into Spotify as a source in January, as both allow Last.fm to a voice paying music licensing fees while still able to deliver streaming music to its users.[/toggle]

[toggle heading=”h5″ title=”Sample Lawsuit Against Moby” css=”custom-class”]VMG Salsoul is suing Moby for sampling First Choice’s “Let No Man Put Asunder” without permission in “Next is the E” and “Thousand.” Both songs date back to 1992. VMG Salsoul recently lose a similar case involving Madonna’s song Vogue.[/toggle]

Make sure to register today for NMS 2014 – this year we’re capping registrations and are almost at our max! Don’t miss your chance to contribute to discussion in today’s music industry.