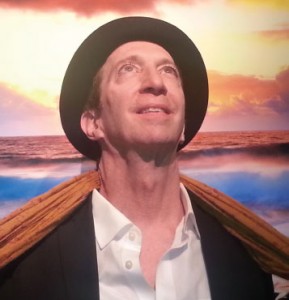 We have just passed this inflection point in the music business where after 12 years of days growing shorter, a new dawn is upon us. We have entered a new cycle of growth.

[pullquote]The New Music Seminar exists to drive music to greater penetration and profitability and expand the number of artists who can break through and make a living from their art. We do this by discovering and exposing new paradigms. We curate leaders in new thought who drive music and the music business forward with their vision.[/pullquote]

As we come to the end of 2013 we see some startling trends and facts emerging out of this music business in transition.

Understanding these trends may allow us to better plan for the future and even identify opportunities that we might otherwise miss.

This is the first year since the launch of iTunes in 2004 that track sales fell and declined by 4.6% at minus 57,058,000 with a few weeks of further fall yet to come. This means that after only eight years, the digital download format peaked in 2012.

When you couple this with the 14.7% decline in CD sales, it is clear the downward trend of the unit-sales based business is never going to rebound.

Everyone assumes that digital albums have been outselling physical albums for years, right?

We must understand that where it has been is determined not by where it will go but by where it is going. We must stop looking in the rearview mirror and looking over our shoulders for precedents from the past to determine the future, which is defined only in the “now”.

The future growth of the music business will be based on subscription models, advertising revenue sharing models like YouTube and Vevo, SoundExchange performance income and TV, Film and Advertising synch payments. It is likely that these “non-unit-based” revenue sources will exceed 30% of net revenues to labels this year.

It is important to note that none of the growth sectors in music revenues will come from the traditional core of the “record business” album sales. So we can expect the trend toward a singles-based business to continue even in the shadow of Beyonce’s success.

2013 will also go down as the year the bloom fell off the rose with regards to music and social networking. The enormous investment in time and money that labels and artists have made on social strategies has yet to pay off in any significant way. Sure, Twitter and Facebook may accelerate buzz around an act but they do not create that buzz. YouTube appears to be the media that matters when it comes to new music sharing and discovery.

As digital services mature in Europe, we are beginning to see American artists break outside of the U.S. before breaking here. It may be too early to call this a trend but it is an indication that we are becoming a consolidated and more connected global music community.

One trend we have not seen is any real challenge to the power of traditional commercial radio in breaking new music and artists. “Among the nearly half of Americans (45 percent) who say it is important to learn about and keep up-to-date with new music, AM/FM Radio is the top source for new music discovery at 78 percent.” It is surprising that, with all of the music choices that exist today, traditional radio still outperforms all of the music and video newcomers in testing and breaking music.

Look for these hot topics to be at the forefront of discussion at the June New Music Seminar.

I wish you and your families’ peace, joy and love for this holiday season and always.
– Tom Silverman