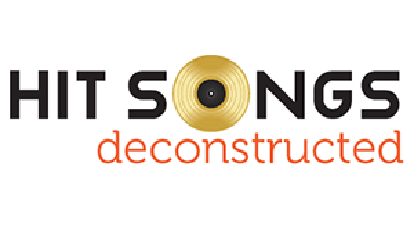 David Penn is the founder & editor-in-chief of Hit Songs Deconstructed. A music connoisseur of all genres and periods, David is equally driven by the prospect of new music discovery as he is the craft that makes songs resonate throughout the ages. He has performed at some of NYC’s most recognizable clubs including CBGB’s, Continental and Don Hills, and his music has been featured in numerous TV shows, commercials and events. David currently lives in New York City.

Released as the second single from their latest album (“AM”), “Do I Wanna Know” finds the Arctic Monkeys at the forefront of the Retro Psych trend currently traversing the airwaves. The band’s peers in this particular style include Cage The Elephant (Melophobia), Beck (Morning Phase) and The Black Keys (Turn Blue).

At its core, Do I Wanna Know is an exceptionally well-crafted song. It perfectly fuses simplistic, complex, clever and “unorthodox” elements under one roof. This potent mix ultimately helped take the song to #1 on the U.S. Alternative Songs chart.

A perfect example is the song’s form (structure). Historically, the A-B-A-B-C-B form (verse – chorus – verse – chorus – bridge – chorus) has been the most popular within the Rock & Pop mainstream. In fact, this song structure accounted for a full 40% of all songs within the Hot 100 top 10 during the first quarter of the year.

Up through the second chorus, Do I Wanna Know follows this popular form (verse 1 – pre-chorus 1 – chorus 1 – verse 2 – pre-chorus 2 – chorus 2). From that point on, however, the song takes on a much more unorthodox flow.

Instead of following with a bridge as you might expect, the song heads back into another pre-chorus. This is quite rare by mainstream standards, but well-warranted in this case. Not only is it one of the most infectious sections within the entire song (given the background falsetto vocal / lead vocal interplay), but lyrically it’s exceptionally important as well considering it’s where you find the song’s title — NOT within the chorus as you would typically expect.

What’s more, in order to prevent the section from becoming overly monotonous, the nature of the backing music was changed up relative to the preceding occurrences within the song. This keeps the listener’s attention engaged at a high level.

Following this rare third PRE-chorus (the key word being “pre”), you would likely think the song would head into another chorus. But no! Instead, Do I Wanna Know launches into an even more rare pre-chorus/chorus “hybrid” section, where some of the most infectious elements from both sections combine dramatically. Specifically, the backing music and vocal structure of the pre-chorus fuses with the infectious, soaring vocal segments of the chorus, providing the listener with an over-the-top “super payoff” prior to heading into the song’s outro and out.

So as you can see, with respect to structure alone, Do I Wanna Know perfectly melds the predictable with the unpredictable to create an ultra-infectious, highly engaging listening experience.

Another unconventional aspect of the song is its title. In the hands of another band less popular than the Arctic Monkeys, featuring “Do I Wanna Know” as the title could have proven catastrophic.

Think of it this way: if you heard this song – for the first time ever, on air – without first hearing its title, there’s enough structural evidence to suggest that the title might well be “Crawlin’ Back To You.” Why?

The answer is three-fold. First, “Crawlin’ Back To You” occurs twice within the chorus, the place where you would typically expect to find a song’s title. Second, it occurs as both the first and last line of this section, which certainly amounts to prime placement. Third, it’s the very last line that the listener hears within the final vocal segment of the song (the pre-chorus/chorus “hybrid”).

So why would Alex Turner take the risk of confusing the listener by going against the grain of proven, effective craft?

Moreover, the title encapsulates the entire premise of the story. The protagonist is completely in love with this person and wants to get back together. He’s not sure, however, if she feels the same way; hence, the question “Do I wanna know?”

So, the non-obvious title choice worked well for the Arctic Monkeys, whose widespread popularity would have made it relatively easy for a first-time listener to track down the song, even without hearing the title or artist announced. But if some aspiring band had taken the same approach to titling, it would have been significantly more difficult, if not impossible, for a prospective fan / purchaser to find the song. (And remember, most people won’t put in that much effort.)

All in all, “Do I Wanna Know” is a perfect illustration of the saying “you need to know the rules to break the rules!” 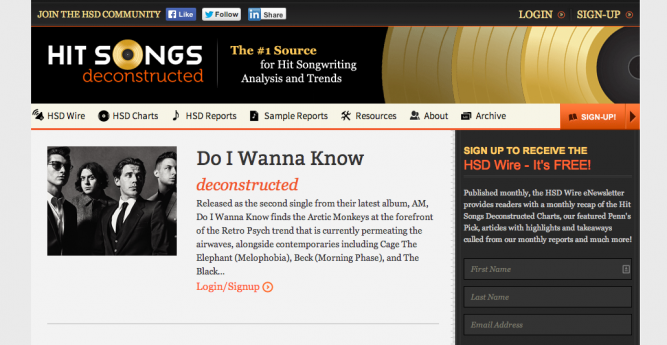 This article includes highlights and takeaways from our Do I Wanna Know Deconstructed Report. The full report provides you with a comprehensive analysis of what made the song a hit coupled with immediately actionable insights to help take your songwriting and producing skills to the next level. To read this report, sign up for a complimentary 1 month subscription at www.hitsongsdeconstructed.com/nms/

Artists and The Branding of Cool