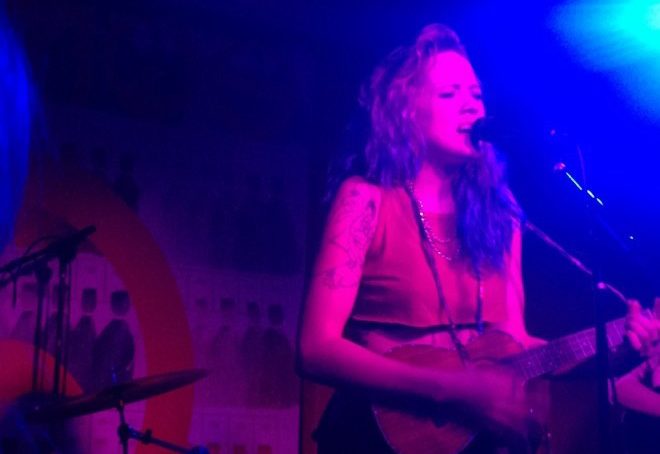 Artists On The Verge
Interviews
NMS 2013

A strong voice and honest lyrics paired with the smooth strum of a ukulele, Catey Shaw creates an original, irresistibly catchy pop sound that she can truly call her own – which is why we selected her a top three ‘AOV’ artist for 2013.

Last time we saw Catey, she rocked Webster Hall during New Music Seminar’s Opening Night Party (see more pictures here) where her and her new all female band performed at the ‘AOV’ Showcase in June. 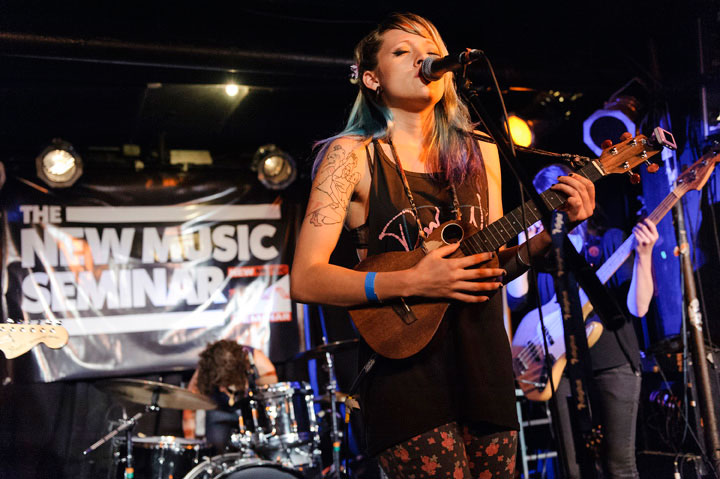 I caught up with Catey last week before her NYC show at Pianos for a quick catch up on what the bubbly singer-songwriter has been up to since last Summer and more.

NMS: Last time we spoke was in June when you performed at the ‘AOV’ showcase, over six months ago. How has everything been going for you since then?

Catey: I’m psyched! Everything is going well and we’re getting ready to do another EP.

I heard your performance at Webster last Summer was the first time you played with your current band, how was that for a first gig?

It was a big moment for us I think as a group playing together. I’d been playing a lot of little acoustic places and at Webster it was a really big crowd and really energetic so we were able to wild out and be crazy people. So every show since then the energy has been so high.

Is it still the same band?

Yeah it’s the same people now but a different guitarist.

You said your performance at the ‘AOV’ showcase really amped up you and your band’s energy, did it have any other effects on your career?

It kind of just took us there but we were playing non stop that whole summer after that and everything.

Check out videos from Catey Shaw’s performance at Pianos February 21 below and her debut EP Clouds out now.

For those in the NYC area, Catey will be performing March 24 at Rockwood Music Hall, don’t miss out!