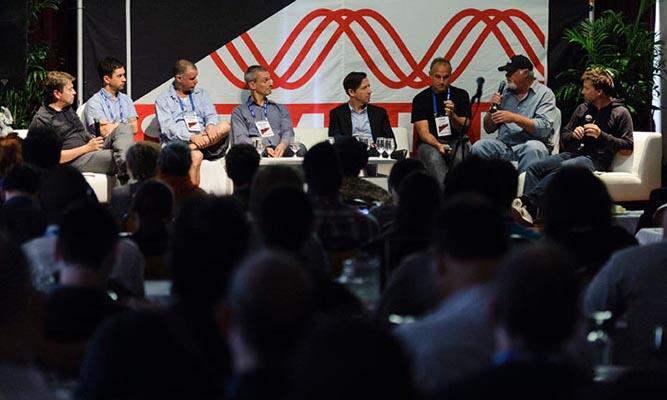 The Independent Labels Movement at NMS 2013

A collective of five influential independent labels are working together to change the major distribution game. Beggar’s Group, Secretly Label Group, Domino, Merge and Saddle Creek, also known as the Independent Distribution Cooperative, are attempting to strike a deal that could potentially transform the current business model for distributors.

According to Billboard, the deal would ultimately tie together physical and digital distribution – essentially isolating the two revenue streams. Abandoning the traditional distribution model comes at a risk, as one distribution executive states “the long game of how you deliver a record is compromised”.

Times change, technology changes, and so do strategies for marketing, radio, management, and distribution. And all of a sudden, the role of the tradition major label is redefined.

It is up to innovative, independent record labels to determine the future of the distribution landscape.

Don’t miss your chance to attend this movement and others June 8–10, 2014 at New Music Seminar in NYC!

I Want MY VEVO?